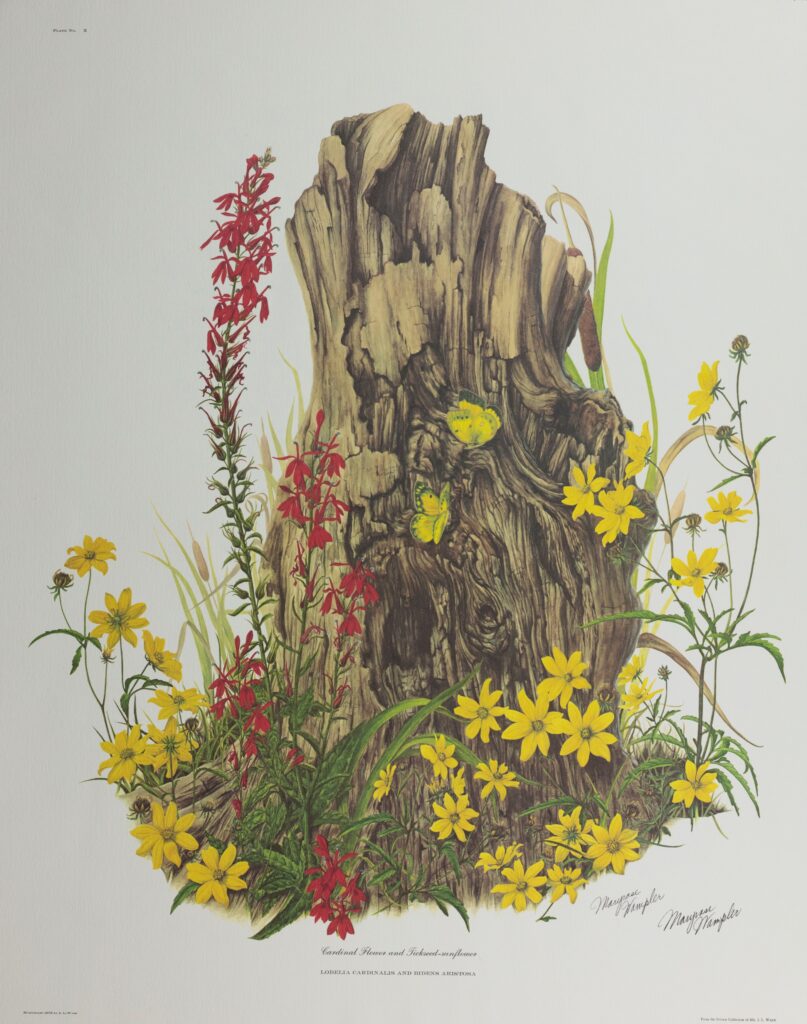 “The Tickseed-sunflowers have long been favorites of ours. We were familiar with cardinal flower, but didn’t realize it grew in our area. Late last summer as we were returning home from delivering one of our children to her piano teacher, Maryrose started yelling at me to stop the car. She had seen some cardinal flowers!”

This work features an unexpected visitor, the cardinal flower. The plant, with it’s vivid red blossoms reminiscent of avian plumage, shoots up confidently among the golden yellow tickseed sunflower. Maryrose constructed the scene in such a manner that the viewer is drawn to the mass of flowers situated before the tree stump and the two brilliant yellow butterflies resting in the middle ground.