A Legacy of Inspiration and Enterprise

This exhibition honors the legacy of former University of Mary Washington Professor of Art, Julien Binford. The show presents preparatory drawings that Binford created during the 1940s and early 1950s for important commissions he received from LIFE Magazine and The Greenwich Savings Bank. These works were graciously loaned by Maureen Paige (UMW, Class of 1970), a former student of Julien Binford. Also on display are artworks acquired by Binford during his tenure at Mary Washington.

Binford completed numerous preparatory drawings for two commissions out of New York. In 1942, LIFE Magazine named Binford artist-correspondent for the Navy, and asked him to capture scenes of New York Harbor during World War II. His works debuted in a six-page spread of the Magazine’s November 20, 1944 issue, which later received the title, New York Harbor at War. Binford studied the bustling harbor for an entire year, creating many single-figure studies of dock workers, sailors, planes, and other military vessels. Of the twenty-two drawings produced for LIFE featured here, nearly all of them fit seamlessly into his final painted compositions. 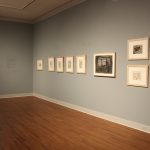 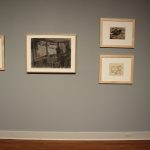 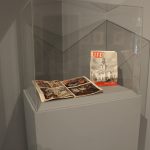 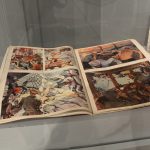 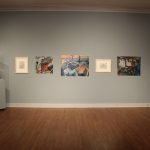 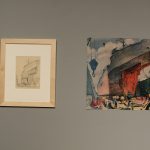 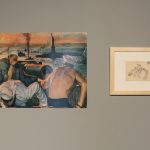 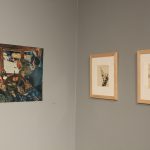 Binford for The Greenwich Savings Bank

In the late 1940s and early 1950s, New York’s Greenwich Savings Bank (est. 1833) commissioned murals from Binford for both their flagship office on 57th Street and their W. 14th Street and Sixth Avenue location. Asked to consider the history of the bank and its relationship to the city’s growth, Binford responded with vibrant and energetic images reminiscent of a youthful New York, aspects of which are captured in the many sketches of individual characters presented here. Unlike his drawings for LIFE, which document real people and machines during World War II, Binford used imagination to evoke the changing moods of New York. To do this, he reflected on the growth of the city and the bank over the course of one-hundred and fifteen years. These nostalgic sketches embody change through seasons and customs. 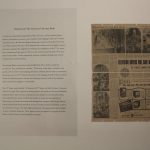 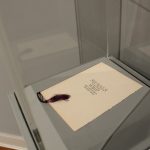 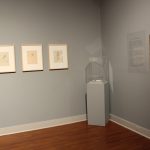 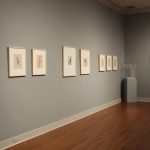 The early years of Binford’s career coincided with a time when the United States government was commissioning public art to create positive messages for communities that had suffered in the wake of the Great Depression. Between 1938 and 1940, Binford produced 37 public artworks for the Works Progress Administration (WPA), a program that Franklin D. Roosevelt created as part of The New Deal. The Federal Art Project, which was a component of the WPA, funded projects across the U.S., with an emphasis on public accessibility. Roosevelt’s goal in providing funds to the arts was to inspire confidence in recently devastated communities across the nation. Binford’s participation in these projects earned him recognition and shaped his approach when fulfilling later commissions, as in the projects included in this exhibition.

Julien Binford’s influence remains strong at The University of Mary Washington. As Professor of Art from 1951–1971, his emphasis on collecting remains most impactful, with initiatives benefiting the Department of Art and Art History and the Grellet C. Simpson Library. In 1956, Binford began organizing annual art shows in the duPont Galleries, featuring internationally recognized artists. Each year, the University purchased artworks, a selection of which are presented here. This exhibition not only honors Julien Binford’s legacy, but also his enterprising initiatives, which laid the ground for the University’s art collection. 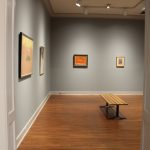 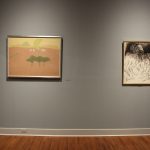 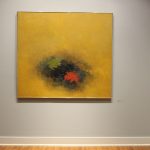