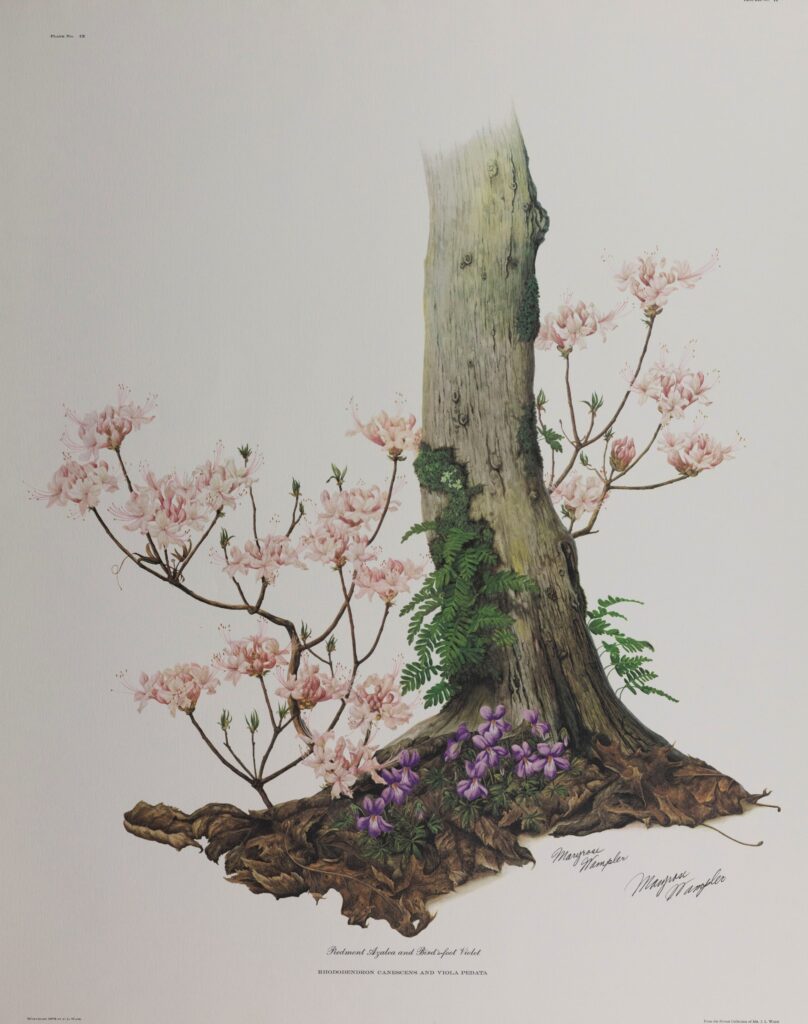 “She was immediately struck by the frothy beauty and grace of the native azalea Rhododendron canescens, familiarly known as honeysuckle or piedmont azalea in the south. The bird’s-foot violets were in full bloom and formed patches of blue along the paths. These violets are much larger than the common purple violets we have in Indiana and hold their flowers well above the newly emerging leaves.”

In this composition Wampler captures the piedmont azalea, the bird’s-foot violet, and the resurrection fern. Fred Wampler notes that the specimens were found in the F.D.R state park in Georgia following three days of torrential rain, which initially prevented Maryrose from working. Though the weather might have placed an unwanted pause on the operation it ultimately provided conditions for a striking work of art, as each plant appears to have ripened in the rain.