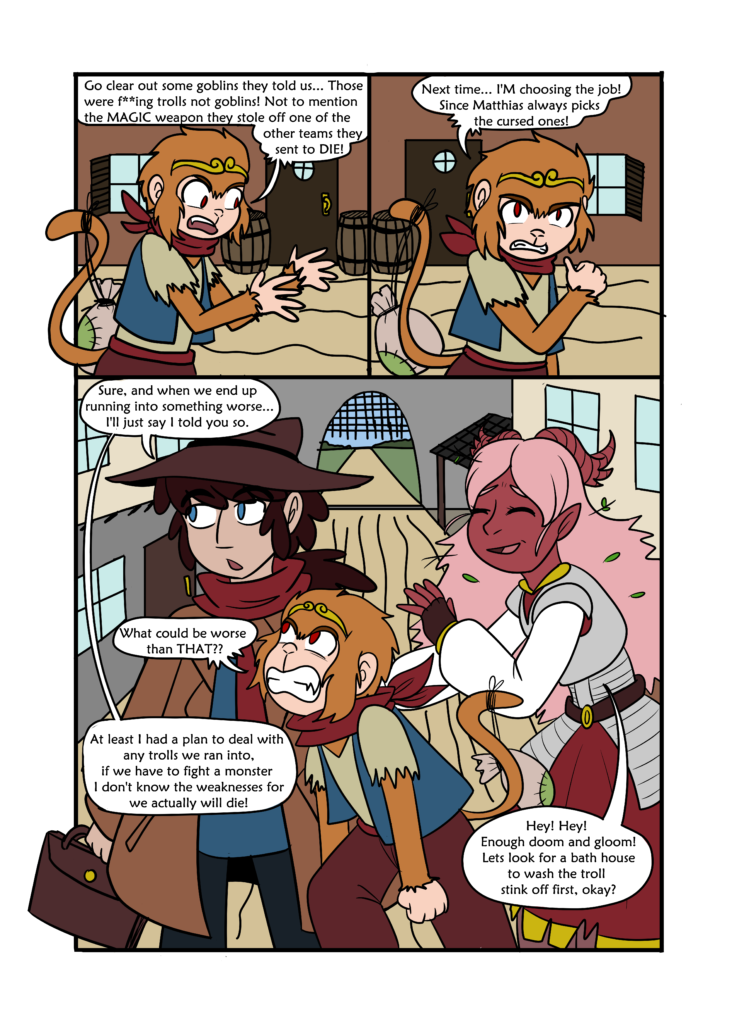 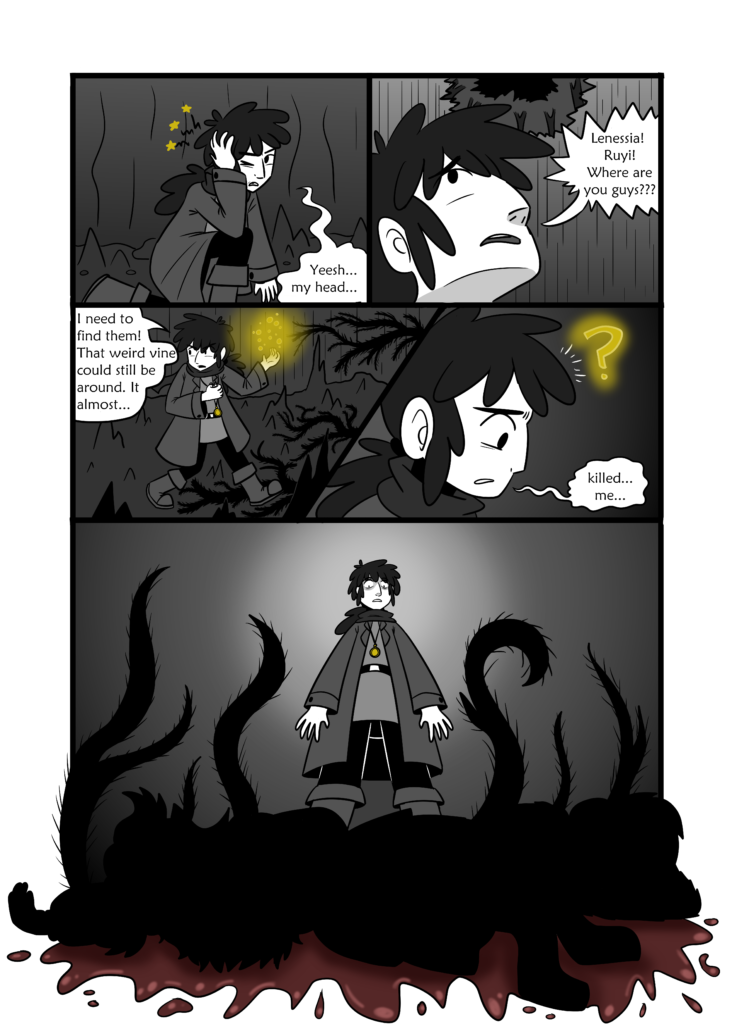 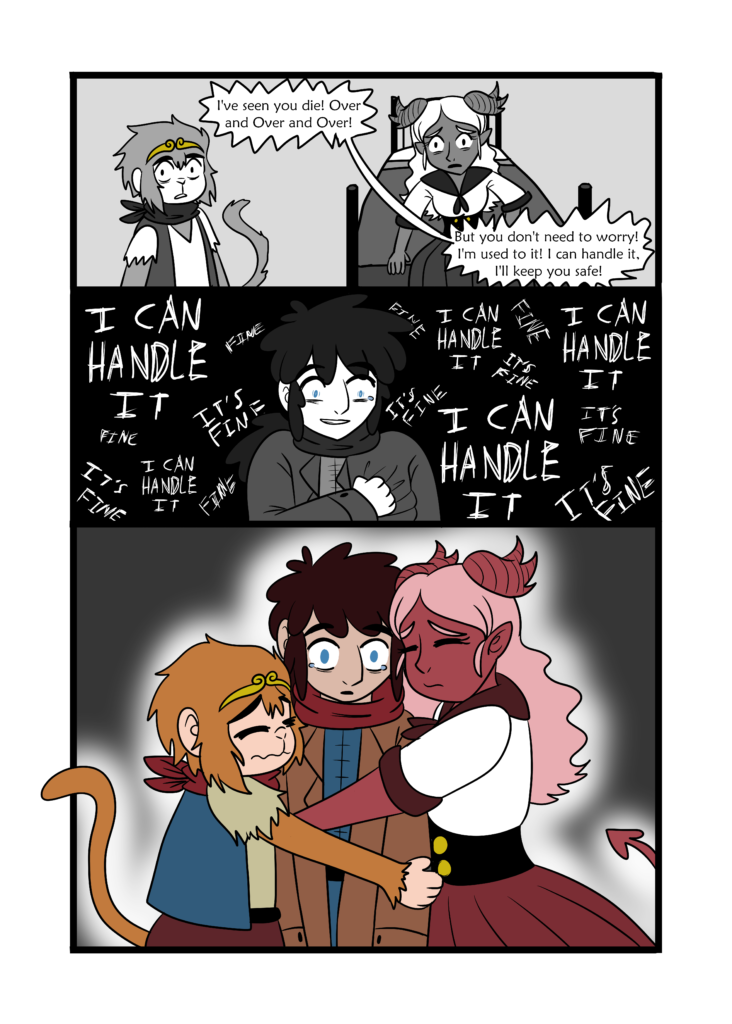 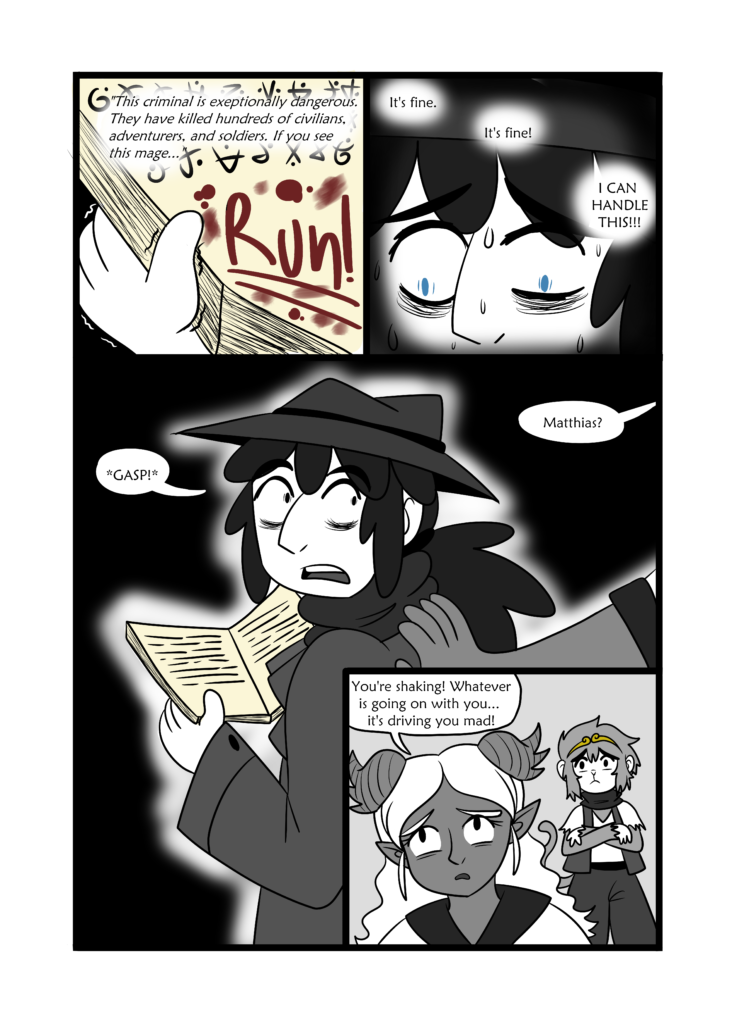 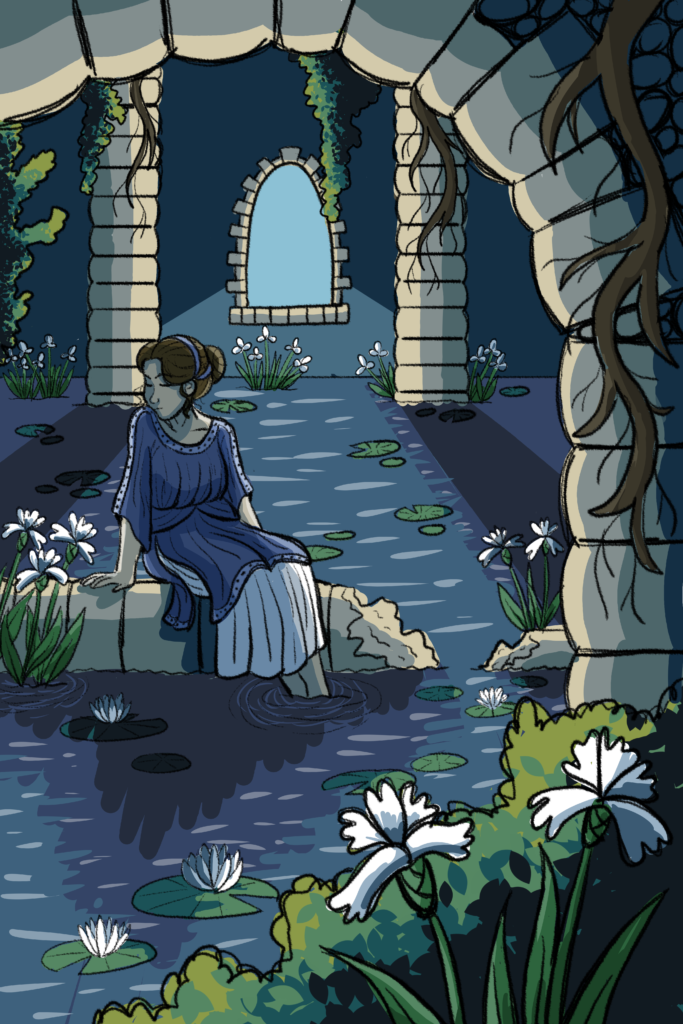 My first body of work focuses on the themes of anxiety, solitude vs the desire for human connection, and the importance of allowing oneself to rely on other people. This theme is exemplified in the personal struggle of Matthias in my comic “Down Time”. Matthias is the kind of person who desires control, he believes that if he can plan ahead using his visions shown to him by the magic watch, he can protect his friends from doom by himself. However, constantly seeing the deaths of himself and his friends wears him down. When his worried friends confront Matthias, he tries to deflect and when that fails, he lashes out, because he believes that he is the only person who should suffer because of the watch’s visions and that it was his job to protect his friends at the cost of his own sanity. The story resolves when he is forced to realize that his friends want to protect him just as much as he wants to protect them, and he trusts them to help him with his visions. Matthias’s struggles with anxiety as well as the added stress of his self-isolation from his friends, reflects the struggles facing many people during quarantine when they are unable to meet in-person and recuperate through human-to-human interaction. Not to mention to unique problems caused by the switch to online learning for teachers and students alike.

My second piece, The Lady of the Irises, is simpler in comparison but no less beautiful. It depicts the beauty and peace found in nature, through the contrast of stone ruins abandoned by humans being reclaimed by ivy, water lilies, and irises. Without the tapestries, candles, or stained-glass windows that used to decorate the empty building, it is being adorned instead with the eternal beauty of nature. The titular Lady sits dipping her feet into the pool of water that covers the stone floor. She enjoys the scent of the irises and the gleam of sunlight from the window, alone. This piece shows that solitude and loneliness are not the same, and sometimes taking time to sit alone with one’s thoughts and get away from the deluge of negativity from the world is necessary.